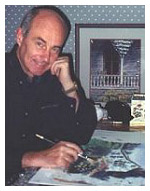 We are sad to report that Richard W Greenleaf has passed away on March 22, 2013. He had been in partnership with his son Gary Greenleaf since 1996 bringing to market Richard’s original watercolors and limited edition prints.

We are thankful and grateful for all of the art galleries, customers, friends and business partners that have contributed to making Richard’s artistic career an overwhelming success. His friends and family will miss him tremendously, however he will not be forgotten as his generous spirit lives on in his artwork and architectural accomplishments.

Richard was a self-taught artist who enjoys painting oceanic scenes, historical areas, cityscapes with architectural value, as well as various wildlife scenes; he also painted many scenes from his alma mater, Penn State and has a series of Ohio State prints and was commissioned by OSU to paint their new engineering building. His style is unique combination of colorful of realism and impressionism using acrylics with a watered technique. He uses many layers of color that brings out the real depth and color that is not always apparent to the naked eye.

He started to paint around age 10 and has enjoyed his artistic ability for the rest of his life. Here is one of Richard’s early paintings using oil on canvas from age 12. 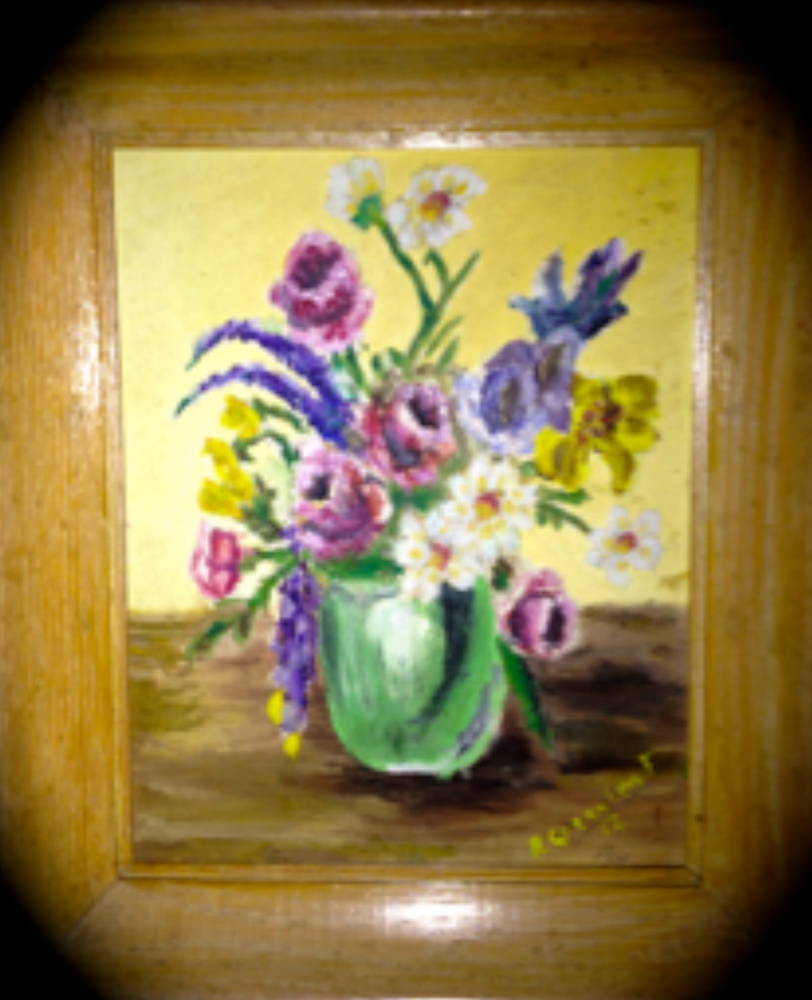 Richard began planning to paint a scene long before the brush hits the canvas. He often traveled to research historical and scenic areas in hopes of finding just the right scene to paint. He only recreated paintings of areas that he has visited and has captured the beauty and ambiance personally to incorporate into his paintings.

Greenleaf Art is now operated by Richard’s son Gary and will continue to bring his artwork to market in the form of limited edition prints embossed with his signature.

Some accomplishments by Richard: 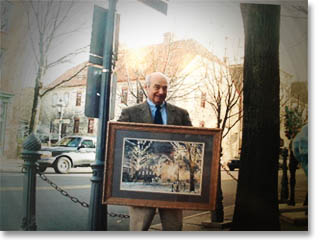 “Richard in 2003 upon winning the Historic Bethlehem
Partnership’s seasonal award for his painting
of downtown Bethlehem.  A definite highlight of his career”

Watch a photographic and musical tribute to Richard >

We will not share your e-mail with anyone for any reason. By signing up for the mailing list you may occasionally receive a newsletter, promotion or info on new products. We hate spam as much as you and promise to not bombard you with useless dribble.